← more from
bedroom suck records
Get fresh music recommendations delivered to your inbox every Friday.
We've updated our Terms of Use. You can review the changes here. 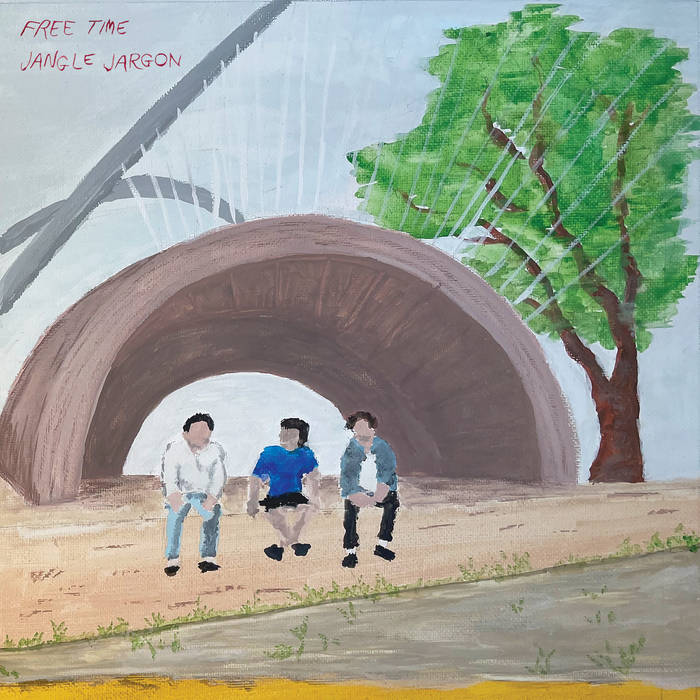 Six years on since the release of 2016’s In Search of… album, ex-Panel of Judges frontman and Melbourne-via-NYC luminary Dion Nania returns with Free Time’s third studio album in eight years, Jangle Jargon.

After a period of quiet in which he focussed on his academic work, Nania, now living in the Brooklyn neighbourhood of Williamsburg, returned to these original sessions in 2021 with a bag of new material and regular collaborators Jonah Maurer and Mike Mimoun. After a while demo’ing new material with Maurer during the pandemic, Nania discovered that he shared an apartment building with engineer John Epperly (Veldt, Daddy Long Legs, Baby Shakes), and so without further ado they booked in time to track new material and mix the 2017 sessions. After a few roadblocks, including Mimoun’s newborn baby Noam arriving the day the album’s tracking sessions were to begin, the band eventually had themselves a record.

Growing up in the punk and underground scenes in Geelong and Melbourne, Nania was self-taught from an early age. Interestingly, it was his move to the US that sparked a growth in musical theory, prompting him to develop new skills in order to work with new collaborators. Says Dion about his change from the Melbourne underground to New York City - “About ten years ago, when I first came to NYC, I started playing in Craig Dermody’s band (Scott & Charlene’s Wedding). We decided to go to an Underwater Peoples label showcase, we were aware of them because they’d put out the Twerps already. So we went and met those guys who ended up being Free Time’s label for years, and Mike Mimoun from UP joined (Scott & Charlene’s Wedding) on drums, so I got to know him. Then the next year I filled in on bass for a Twerps tour, and through that got to know Jonah Maurer who was touring with us in Real Estate. Then Underwater Peoples asked if I wanted to make a record.”

The band continued over the years, with Dion bouncing between the USA and Australia and collaborating with musicians on both sides of the Pacific. Eight years on and we have Jangle Jargon, ten tracks ranging from the overtly political to the optimistically upbeat and desperately heartbroken, with a healthy dose of jangle jargon in between.

All songs mixed 2021 by John Epperly and Free Time.

Cover painting by Mike Mimoun, from a photo by Adam Friedland. Insert and label drawings by Dion Nania.

Bandcamp Daily  your guide to the world of Bandcamp